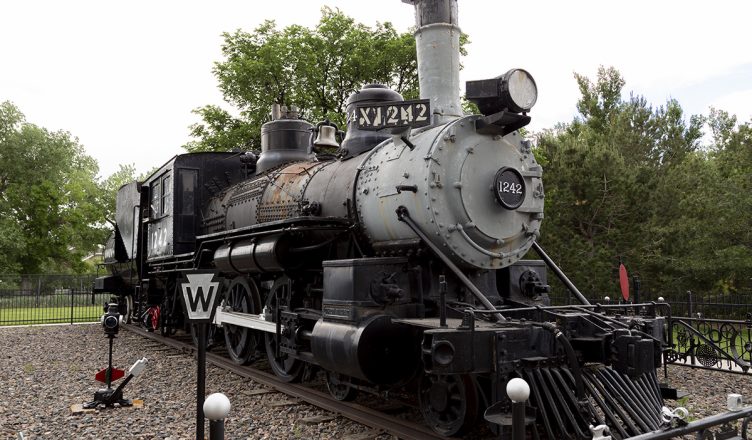 Cheyenne Wyoming is a small town on the border of Colorado that doesn’t get the love it should. It is a solid seven-hour drive away from the famous Yellowstone National Park, while being an hour from Denver. If you want to go to Yellowstone, you stay closer in Cody or Jackson, and if you are near Cheyenne, well, most people end up in Northern Colorado. Cheyenne, surprised me. It was a very small city, but had several cool thins to see, fantastic food and drinks, and that wonderful “out west” weather.

The signature attraction in town is the Cheyenne Depot Museum. This highlights the amazing history of the railroad out west, specifically the role the city played as a major rail hub connecting east and west. Cool models and a miniature train display are shown alongside artifacts and historical information. Right outside of the door is a functioning, in use railyard. The actual workshops were closed while I was there, but you can also tour it separately. Thought the city are other indicators of their proud rail history. You can find several locomotives on display if you look.

Included in our photos is a model Union Pacific’s “Big Boy” locomotive. It is an amazing mechanical achievement. With its tender, it comes in at over one hundred thirty-two feet and one and a quarter million pounds. There are eight of these still around. Although the one in a public park in Wyoming was literally covered up and not visible (they were performing restoration work) while I was in town, I had seen a second one in Denver many years ago. This beast was inside a building surrounded by other vehicles, so you couldn’t actually take a picture of it. It is so large, and you are so close to it…it has to be seen to be believed. This year Union Pacific finally has one running again in Cheyenne, and it is the largest, most powerful steam locomotive in the world. Worth a return trip, I think.

The more amazing part of the story is that these engines were only used to get the trains up into the mountains. High speed trains moved material across the plains, and when arriving in Cheyenne, they would be handed off to locomotives specially designed to climb into the mountains. While the Big Boy could make the high-speed runs as well, it seemed to be destined to do the heavy lifting into the mountains. The history of rail travel in the west is very interesting and the museum is a don’t miss.

Another must see are the wide range of public parks in the city. Wildflowers, animals and birds, and artwork abound. Lion’s Park is a great choice and comes highly recommended. It is next to the Botanical Gardens, while having its own beautiful gardens, carved wooden park benches, and mandatory locomotive on display. The park (and other areas of the city) have great quotes, literally set in stone, to inspire you.

Finally, Cheyenne has boots. Many cities have various art items scattered throughout the city; in Pensacola, FL, it’s pelicans, in Dothan, AL it’s peanuts. In Cheyenne, there are painted boots (bigger than a person) scattered around town. They are each hand painted and unique. Check out our finds, but visit the city website to see them all listed.

Every place you go, you need to try the local food and drink. In Italy, you eat pizza, while in Maine you order the looobstah. What is Wyoming know for? Sweet baby Jesus get the steak. Our trip to Wyoming Rib and Chop House was a game changer. Be sure to order the local brew from Accomplice Beer Company, which also has their own place down by the trainyard. There, you get a “debit card” and you can go to any tap and pull our own beer. It’s nice because you can try a single mouthful of anything for a quarter or so. The food was really good pub food as well. I recommend the Krimson King, by the way.

Wyoming may not be as exciting as Denver, or have the college vibe of Loveland, CO, but I loved my time in Cheyenne. From the fascinating history, good eats, and our “Big Boots Scavenger Hunt,” it was a blast. It’s also close enough to go back and forth between states, so you can literally have breakfast in Cheyenne, lunch in Loveland, CO, and Dinner in Denver, yet still be in bed at a decent hour back in Cheyenne. Give Cheyenne a try.