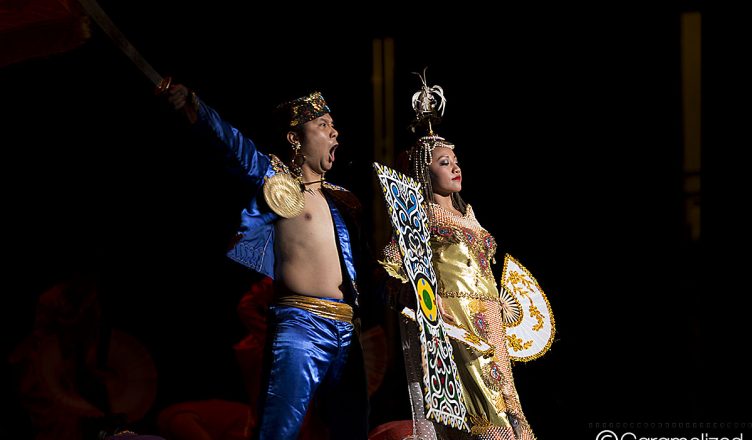 The Night of Asia 2015 celebrates the vibrant and rich Asian culture in Jacksonville, and raises money for charity while doing so. This year, the event raised money for Chennai relief. Chennai, India’s fourth largest city, was heavily flooded this year, in what has been called the worst natural disaster of 2015. Be sure to donate if you can, and find out more about the disaster at this link.

The event arguably the best entertainment value in Jacksonville, FL. For as little as thirty dollars, you get dancing and music from several countries. Japan, India, Korea, Cambodia, China, Vietnam and the Philippines where all represented this year. The venue was at Times Union Center downtown, but the event begins outside, with a friendly Chinese dragon and Philippine dancers; while enjoying the beautiful waterfront view and some of the best Asian themed food trucks from the area.

Once inside, the building has a full bar, snacks, and wonderfully equipped theater for the main show. The entertainment was fantastic, as always. Performers ranged from well trained and talented children, to seasoned professionals. This year, they also included a fashion show!

To be honest, the “CONS” are a stretch. The event is a pleasure to attend every year! The venue change forced them to have the festival late in the year, which hurt their attendance (but makes it less crowed for audience member). They were fortunate that the Florida weather was beautiful for the outside portion of the event, as the weather could have been a big “CON.”

As wonderful as everything was, we would have enjoyed seeing Indonesian dance, which is one of our personal favorite art forms. Also, last year some kids put on a Yo-Yo demonstration, which was a crowd favorite, and was awesome!

There is literally no reason to not make Night of Asia a regular annual event. Check them out, and don’t forget, we keep our event calendar on this site as updated as we can, so it will be added to it as soon as they announce their 2016 date.

…and several food trucks from the area…

The Daughters of Lugu Lake, performed by The Sunshine Dancing Group of Tampa. (China)

Soul of the Village, performed by Vietnamese Association of Jacksonville. (Vietnam)

Finally, the team that puts together each years program.